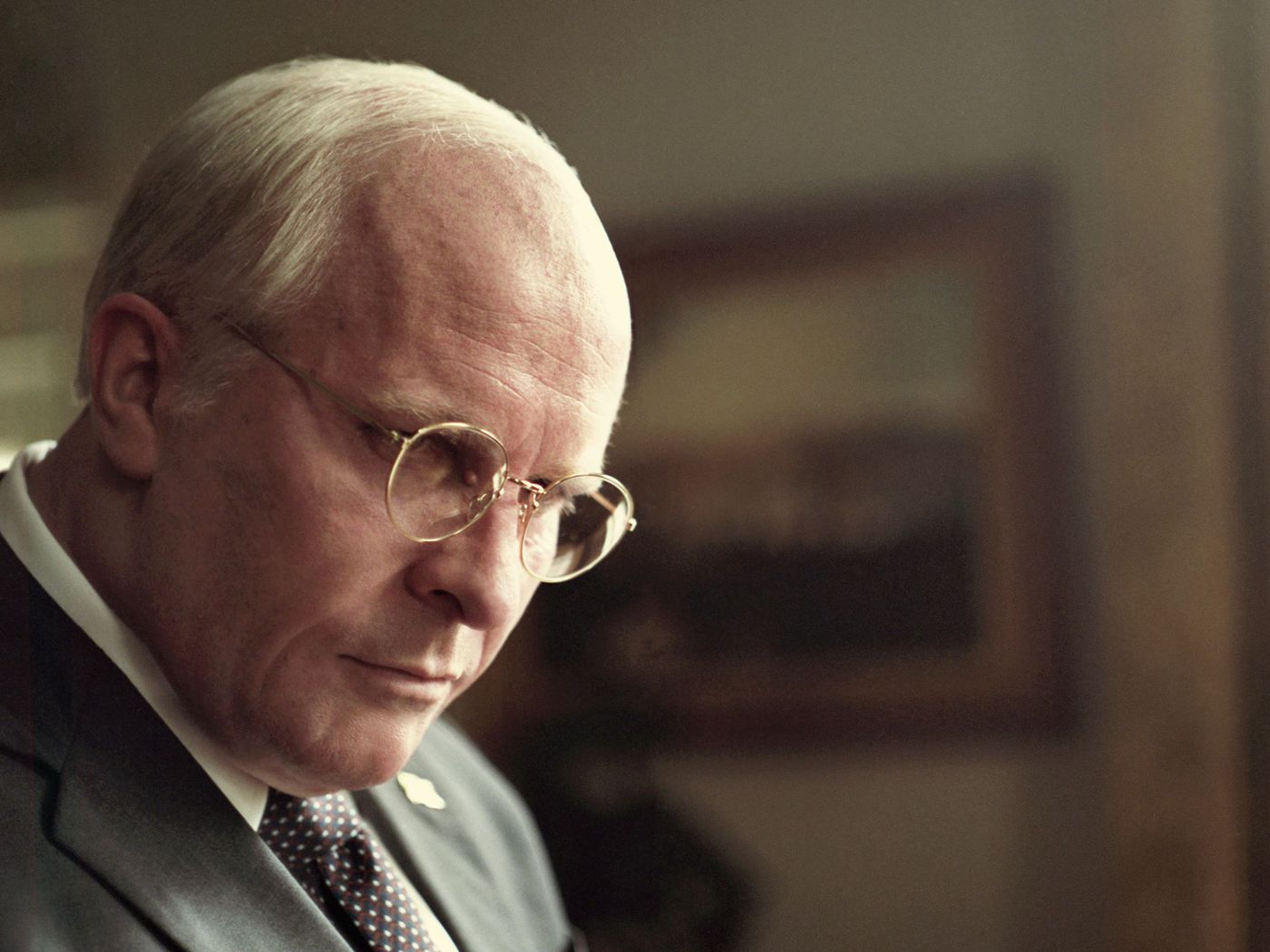 Since the release of Adam McKay’s Vice on Friday, I’ve been to the cinema twice to see it. Guilty. That’s four hours and 24 minutes of my life people. If that doesn’t depict how much I enjoyed this movie, then I don’t know what will.

Although I say that with confidence, I’m not in love with the ruthless manipulation that took place during George W. Bush’s presidency. It struck me difficult to decide whether this would be a post about Vice itself, or my thoughts on Dick Cheney controlling the White House – but I guess it can be both.

If you’re from the UK like me, you’ve probably never heard of Dick Cheney. I certainly hadn’t until this movie came out. Despite this, he’s a powerful man who’s definitely influenced international politics, impacting our lives in one way or another. Especially if the story narrated in this film is anything to go by.

Christian Bale pulls off an Oscar-worthy performance in Vice, with a transformation similar to Gary Oldman’s in Darkest Hour; he is definitely within a chance of winning Best Actor this year. Reportedly gaining around 40 pounds for the role, Bale’s portrayal of Cheney covers both his earlier years and later life. The growth in his character truly does make viewers feel like they’re watching two different people.

The audience is left to admire how Dick went from a failed Yale University scholarship to a well known political figure. However, once George W. Bush (Sam Rockwell) asks him to run as his Vice President in the next election, he accepts with some strict terms that Bush adheres to.

Cheney is convinced that the President has absolute power through legal loopholes (everything he/she does is legal), which allowed him to pull the strings from behind the scenes and control Bush. However, things soon take a dark turn as he puts his own trusted advisors in positions of power.

He was able to sway the President’s opinions to align with the majority, while also establishing offices in each major branch of the government so he could oversee everything. He was everywhere, even when he didn’t need to be.

One event that Vice focused on is 9/11, detailing how the administration reacted to these catastrophic events. The film showed the Vice President advise that George W. Bush stayed in the skies on Air Force One while he handled the situation on the ground. He made the decision to shoot down any aircraft deemed a threat without the President’s authority. When asked whether that message came from Bush, he said that it did.

This terrorist attack on the US soon led to the war against Al-Qaeda. But the average American didn’t understand what that meant. As a result, this was Cheney’s excuse to go to war with a country, which was Iraq.

However, was this decision based on the allegations that Saddam Hussein was harboring terrorist groups or because oil reserves in Iraq are considered the fifth-largest in the world?

Dick Cheney was the CEO of one of the biggest oil field services company’s in the world between 1995-2000. Although this was before his time as Vice President, some would argue that there is room for a connection. After the Iraq War, the stocks of this company rose by 500%.

Cheney wasn’t the only person who had these opinions on Iraq though. By showing real footage of Tony Blair and Hillary Clinton expressing their reasons as to why the war on Iraq was acceptable, McKay was able to highlight that political views can shift depending on circumstance and whether it will benefit someone’s own agenda.

After watching the movie, you come to terms with how messed up the political climate is. It makes you question whether your own government is being controlled by someone or something higher up for financial gain.

As Vice is what’s thought to be a truthful biopic of Dick Cheney, it only told us one side of the story. The film uses real accounts documented during Cheney’s career, with writers stating ‘we tried our fucking best’ to display an accurate portrayal which has been contested by Cheney’s daughter, Liz.

I definitely would recommend going to see this movie if you haven’t already. Each cast member portrays their character perfectly, making you feel as though you’re watching the real thing unfold at that moment. The cinematography, artsy elements, and narration make this movie what it is.

Amy Adams is more than deserving for her nomination as Best Supporting Actress for her role as Lynne Cheney. Her performance was something really special to watch on screen.

Throughout the film, the director chooses to show actual footage of major events such as the Twin Tower attacks and the US orchestrated airstrikes. Even the reconstructed scenes of bombing innocent villages made the hairs on my neck stand up. The scenes themselves weren’t too gory or invasive but perfectly represented the times that we live in. Watching this real footage on the big screen was a new experience for me which was equally as harrowing both trips to the cinema.

My thoughts are a direct result of what I’ve just watched on screen, and as someone from the UK, my knowledge is limited on Dick Cheney. However, I’m comfortable expressing my opinions on him from how he was portrayed in Vice.

I’d love to hear what you thought of this film, so make sure to let me know by commenting below. Make sure to share this post with your friends because that would really help me out!